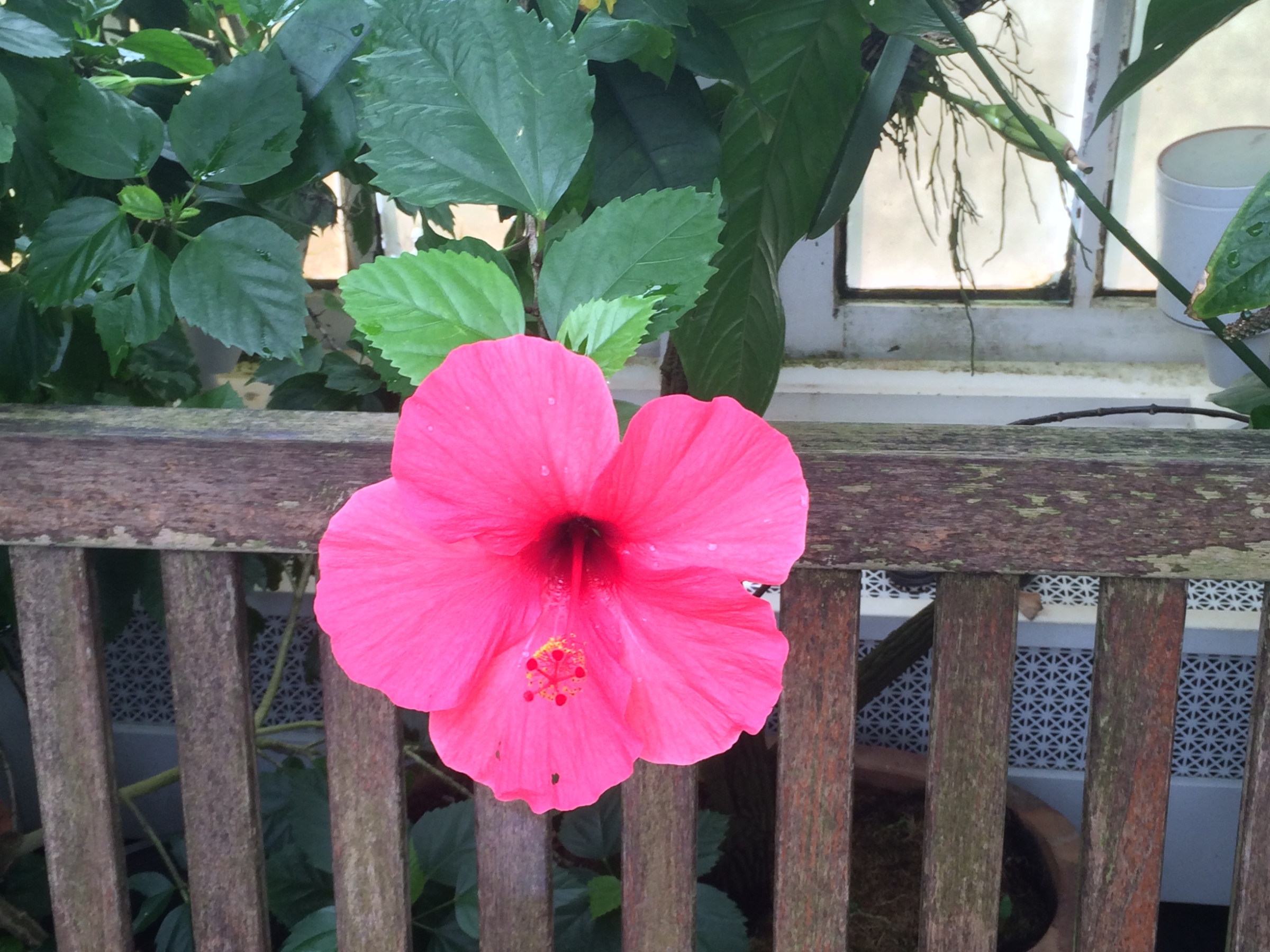 From that memory relayed to the reason why he brought his phone to that camp-out. He never regretted it – he was expecting her to text him – but lying to his hometown friends about it always brought him to dwell on certain things, and those certain things he was sure Kristen would save him from, not bring him closer to them. There were times when he missed Ashley, Kurt and Darren more so than her.

“Come on, follow me.” She said with her hand extended up to him. She used her other hand to guide herself along the railing, down the bar’s steps.

“Where are we going?” Thomas asked. He was reaching for her hand while struggling to put on his jacket. It was black with a firm collar that he always had trouble keeping down.

“My place, it’s just around the corner. You can check out my new couch – well, it’s new to me,” she said with a laugh, “I bought it at the Goodwill the other day.”

She made it down those steps with her high heels like a pro, as if walking a tight rope was something she knew how to do sober; not a stammer in her step. Thomas watched her legs for the most part, due to the angst that was surging through his nerves. George’s words kept repeating in his head: she really likes you.

“What about George and his friend, uhh . . . what’s her name?” Thomas looked back with his hand folded as a fist and only his thumb sticking out, throwing the whole thing over his shoulder as if he was an umpire striking out a home-plate runner.

Kristen backtracked to Thomas and grabbed his reaching hand as the other was still over his shoulder. “Would you just come on,” She said with a playful tone, “you gotta see this couch, there are samurais on it.”

“Oh, then I gotta see this thing!” Thomas forced his sense-of-humor out to submerge his nervousness, “uhhh, will there be penetrating involved?”

Kristen turned around and stopped, then just laughed. “You’re cute,” she said.

Thomas hesitated and quickly thought to himself why he had said that, “uh, you know . . .” he began, “because of the swords and samurais on the couch.”

Kristen led on, “I know you goon,” she said.

They arrived at her apartment without Thomas having any recollection of his getting there except walking through a parking lot and crossing a street toward a sidewalk where row homes were tightly against each other with their stoops spilling onto this sidewalk. There were allies between some of them as others seemed to have shared walls. These allies were all brimstone red, which differed from the buildings’ facades: some were an off-color white and others a lighter red due to their time overly exposed to the sun. There were a few that had colors that only could be described as a mixture of two or more from the rainbow. All of these row homes appeared to have been built from colonial brick but none were dilapidated, yet they seemed ill-kept, never power washed, and chips in the brick were easily noticed. Each of their stoops varied in step-height and width as well as color and shape, and the rails rose to no exception.

“Here we are,” she said as she had her key at the ready to open the door. It swung with a creaky whoosh and she stepped in first with him following her, “and here’s the couch.” She took her shoes and jacket off and sat down on it with a little bounce that was expected from a used couch; its springs had lost their spunk.

He moved closer to it, walking into the one room that had a ceiling high enough to jump and still not having the ability to touch the popcorn plaster where only one ceiling fan hung. . . rotating. That one room connected to the kitchen, which led to a window facing a 6 foot wooden fence, splintered from the sun. He looked at it with his peripherals passing the dark kitchen’s fixtures and all of the appliances that seemed to be on top of one another. Bars covered that window (the only window besides the brown-paper-covered front window) as it was a neighborhood for such a measure.

“Ah – shoes,” Kristen pointed to Thomas’ feet as he passed the coffee table, heading toward the couch.

“Oh, sorry,” he said as he walked back to the door to kick them off.

“Come,” Kristen patted the cushion next to her, “sit. Tell me what you think.”

Thomas walked over to the couch and prepared to sit down by whipping his arms out as if he was trying on a new leather jacket, and brought himself lower until his ass met the cushion. He embraced every change in his movement toward the couch as if he was assessing each change for better or worse. Finally, when his back made contact with the couch’s he turned to Kristen and said, “This is a nice couch, I agree.”

“Take your jacket off,” she said, “get the full effect.” Kristen shifted herself toward him by moving her legs up to the cushion she was sitting on and folded them underneath her. She then moved closer to him and went for the jacket. Thomas didn’t hesitate to take it off. He spun in the direction opposite of her to make the process easier, and as it came off him and as she threw it onto the coffee table, he shifted closer to her by raising one leg toward the back of the couch, onto its cushion. They both comfortably faced each other, then she turned and laid her head on his lap. She drew her phone out of her pocket and looked up at him.

She was so full of spunk then (unlike that couch), always the first one to text him and immediately respond to him after he would devise a well-crafted response to further the conversation in a flirtatious way. It was the couch with the samurais riding horse-back with their katanas raised high above their heads, as if rushing to decapitate a foot-soldier unmatched against such a brutal well-trained force that he always reverted back to whenever he thought about Kristen.

It was the red and velvet tunic the cashier was wearing that reminded him of the couch; a design that reflected (for an odd reason) the Japanese culture, and it was the assertiveness in his voice that revived Thomas from that samurai-couch induced catalepsy. He searched for his wallet by digging into his right pocket, then into his left and finding it there. He fumbled it to the counter before grabbing it again, firmly this time, and snatched a ten dollar bill out of its sleeve as fast as he went to fold it back up to slide it back into his left pocket. The exchange went the course of three distinct movements after that: the cashier grabbed the ten; Thomas grabbed the cigarettes off the counter; and Thomas leaving without the change, but with a pack of matches that were available in a small box next to the single outdated-looking cash register. The cashier did not argue about the last movement, nor did Thomas make a gesture to correct what appeared to be a forgetful mistake of losing a dollar fifty. The door chimed its bell as it was opened by his leaving the convenient store, finalizing the exchange.

He gave the pack a six-six-six smacking, one for each side, before removing the clear plastic packaging and tossing it – along with the paper platinum covering the neatly aligned cigarettes – into a trashcan just by the door of the store. After taking one out from the pack and bringing it to his face, he discarded the rest. Before he allowed his lips to gently clasp around the sole cigarette, he licked them, then placed it where it hung from his mouth. The matches were in the hand that he claimed to be less dominant and it wasn’t until after he acquired the taste of the cigarette’s butt in his mouth that he began to strike a match against its red phosphorous striker. The match lit with a flare and the scent dispersed on to his fingers and into his nostrils. After the initial inhale to light the head of the cigarette, the scent went from pure burnt phosphorous to carcinogenic toxins and tobacco. No. 27’s always reminded him of the taste of pancakes and maple syrup.

The vomit on his jeans was fully hardened by now and he could no longer feel it against his leg (for the most part, it was dried on that too). He glanced at his watch and it read close to midnight. A time he always found himself wide awake during and unable to sleep, but as the smoke from the No. 27 left his lungs, he started to feel a bit hazy such as the cloud of that smoke plumbing up in the night sky, toward the moon. He took a deep breath and studied that moon until a surge of an old feeling erupted in his chest, and it wasn’t from the No. 27, but from the nights he found himself missing Kristen — he wanted to get back her, and this time he could, so he did.