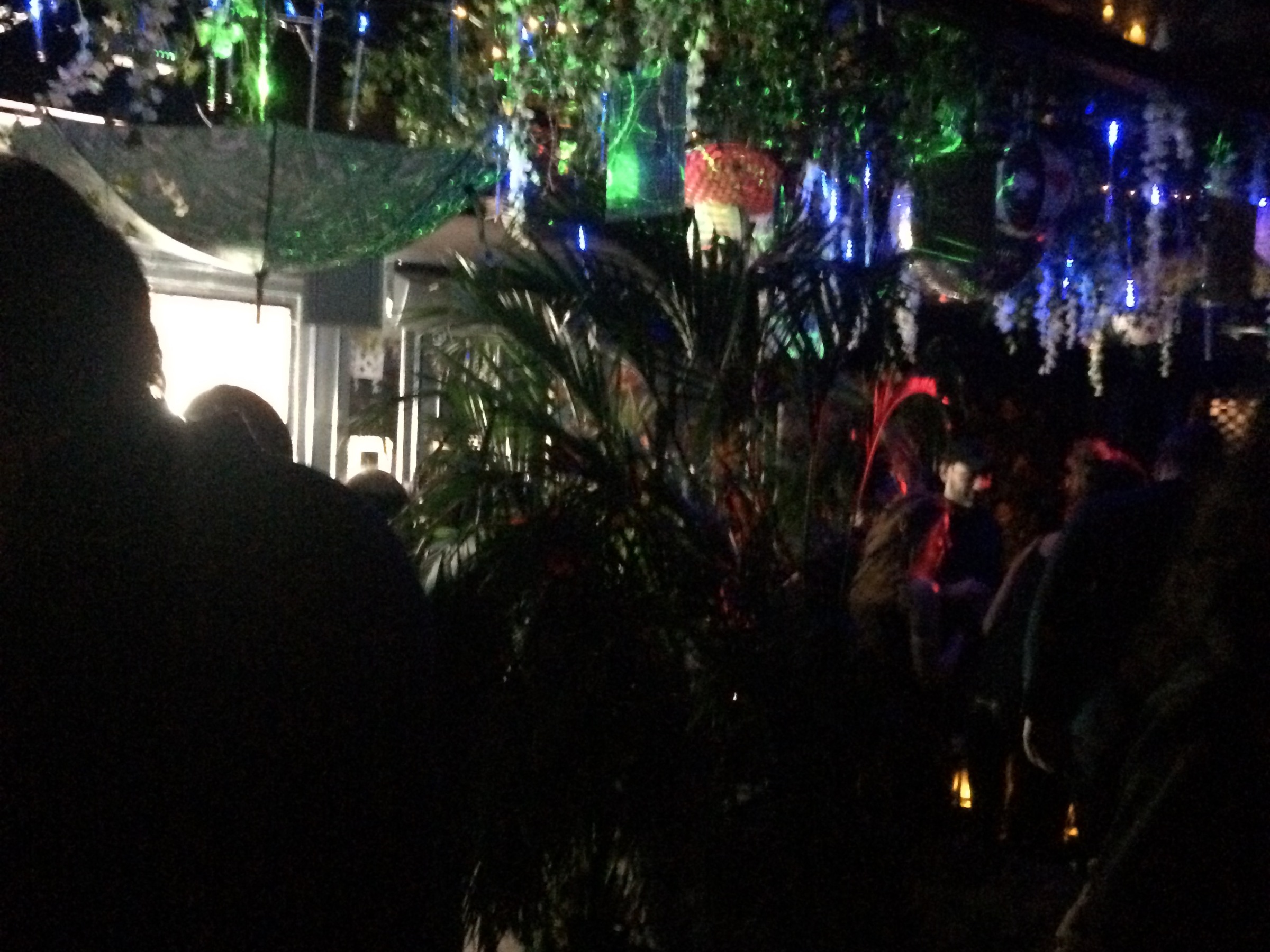 Thomas felt more than hot in the face. He blinked more than usual and swallowed what saliva he had in his mouth.

“Um, yes,” Thomas replied settling his eyes upon him. He noticed Uncle Barren’s smile fade and the wrinkles around his eyes parted, revealing the crow’s feet at their edges.

“Are you ok Thomas?” He asked. Thomas nodded then turned to Aunt Clare. He saw that her kind smile was fading as well. She looked at him.

“Oh my dear, yes . . . are you feeling well?” She leaned a bit away from Thomas to broaden her view of his complexion. After Thomas saw her expression digress into a confused and alarmed state, he leaned toward her ear.

“Um, Aunt Clare, may I use the guest room please, I feel that I need to lie down . . . just for a while, I’m sorry,” Thomas whispered. He retracted from her ear and saw her concerning expression subside with a half-smile. She burst a few nods.

“Follow me hun,” she said with a low voice. Before she led on, she turned to the crowd in the dining room and said, “Please everyone, help yourselves to the food,” then she motioned Thomas to follow her into the room where Kristan took Marco.

She was lying on the bed with Marco on the inside of her. They seemed nestled in the comfort of the twin. Kristan turned from Marco with a finger over her lips.

“He’s back asleep,” she said lightly.

Aunt Clare raised her shoulders to her neck. It was a quick and delightful gesture that accompanied a smile. She brought her index finger over this smile and when she lowered that finger, her smile remained. It stretched her cheeks and eyes.

“We don’t have a guest room, but you can share the bed with little Marco,” Aunt Clare said as she tweaked her head toward Thomas.

“What’s going on?” Kristan said. She slowly got up from the bed as to not disturb Marco. She did not take her eyes off him until she was completely off the bed, then she turned to Thomas. He saw the surprise on her face along with a hint of concern.

“Tommy, you could have told me before we left. It wouldn’t have been a problem to stay at my parent’s house, right Aunt Clare?” Kristan took a step toward him. Thomas bit his lower lip.

“I didn’t want to ruin tonight,” Thomas said over his bitten lip, then released it from his upper teeth, “You were looking forward to this and so was I.” He diverting a glance to Aunt Clare, “I wanted to meet you . . . I’ve only heard great things.” Thomas swept his eyes to-and-fro Kristan and Aunt Clare then settled them on Aunt Clare. “To be here on Christmas and to celebrate it with you, even though you don’t recognize it as a holiday means a lot to me.”

Aunt Clare smiled and gently placed her hand on his shoulder, “Thomas, it’s ok. It’s not that we don’t recognize Christmas as you might, but see it as a relevant time to have everyone together. We care about those who are cared by our own,” she said and gave a coquettish smile to Kristan.

“It’s just for my dad,” Kristan said. She took a step back, putting all of her weight on her farther drawn leg. She stood there with arms crossed staring down at Marco fast asleep. “Christmas reminds him of his childhood before he became indifferent.” She looked at Thomas then back at her Aunt. “Thank you Aunt Clare, even though Thomas isn’t feeling alright.”

Aunt Clare smiled, “Non-sense. . . I must to get back to everyone,” she said and brought her hands together with the fingers pointing up, then collapsed them and brought her arms down to her waist. “Rest up Thomas; and take your time, because your health comes before anything else.” She turned and carefully walked out the door, shutting it with her hands along the edges of it. Thomas watched her hands on the door meet the threshold and the shadows fell one with the door’s seam.

Kristan walked up to Thomas with her arms reaching toward his jacket. “Let me take your jacket . . . I can’t believe Aunt Clare didn’t take it when you walked in,” she said.

“No, it’s ok. She was busy taking the tray of food form me when I entered the house,” he shook his head, “I don’t mind,” he said to Kristan. She retracted her hands back to her side. Thomas moved closer to the bed where Marco was sleeping and looked down at him. “I can use my jacket as a divider or something,” he said.

“All right,” Kristan responded. She looked at him, which brought Thomas to look at her from Marco. “Just don’t wake him,” she said with a firm finger raised. Thomas smirked.

“Of course,” he said with his tone of voice lowering to a whisper.

Kristan turned to the door and opened it slowly while watching Marco sleep. She slid out not making a noise and to retain the noises of the party from disturbing the sleeping child. Thomas caught her eyes as the door closed and saw the last of her smile slip through the crevasse before the door met the jam again. The knob clicked.

Thomas cocked his head back to Marco with his chin barely touching his shoulder. His eyes slowly diverted from Marco to the small zipped pouch sewn in on the outer bicep of his jacket. He reached for the tag and gently zipped it open, pulling out a small bag of white.